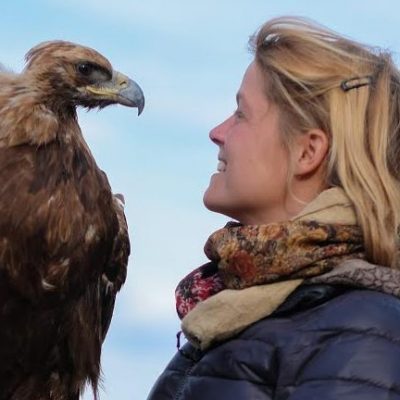 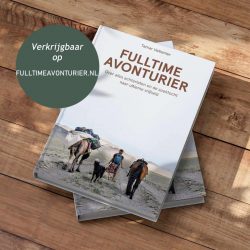 A former michelin-star chef and investigative psychologist with the Dutch National Police, Tamar (1986) traded her succefull, home-based life for one of uncertainty and adventure. She retired at 28, built a bicycle and left Holland. Two years she cycled around the world, sleeping in her tent and living off the land. She got addicted to adventures as they became more extreme and never-ending. Amongst many, she travelled Mongolia with her own horse, camel and dog (1600 km), Jordan with her donkey (650 km), lived of hunting and gathering under the glaciers of New-Zealand (3 months), hiked Japan, learned from the Maasai in Kenya and the Indians in Canada and spent 5 months amazing herself over the Northern Lights from her tent in Swedish Lapland. She loves the unconventional life of a modern nomad, especially when there is remote wilderness, extreme adventure, animals and ancient cultures involved. Articles have been written, documentaries shot, lectures given and tours organized. Her book "Fulltime Avonturier" was published in April 2021 and instantly became a bestseller!

In 2021 Tamar bought and trained a lovely camel named Einstein with whom she walked 700km through Holland. See the mediapage for extensive coverage. In 2023 the two of them will embark on another mission, this time through Germany, and you are invited to join!

Upcoming trips are posted usually last-minute on Tamar's social media. Keep an eye on those!

and check these options..

For now only available in Dutch with or without a personal note or autograph. A German version will be published in 2023. An English translation is expected for 2023/24.

Tamar is strongly connected to a small NGO in Mongolia, helping out the poorest communities in the remote Altai mountains with projects concerning education, healthcare and agriculture

Want to know more or contribute?

Contact Tamar to: - Help you prepare your own expedition - Get involved with her NGO-work - Organize a tailor-made adventure - Hire her as a guide - Book a presentation - INVITE HER ON AN EPIC EXPEDITION !!